What could urban living look like in the future?

Article on the ‘Urban Commons School: Commoning the Post-Covid City’ by Eva Neukirchner and the U!R Commons Team. This is also available on the website of the U!REKA network.

Students and lecturers from all over Europe came together for the ‘Urban Commons School: Commoning the Post-Covid City’ in Frankfurt from 6-9 October 2021, to learn from each other and exchange perspectives on life in our future cities. This autumn school was hosted by the U!REKA Lab: Urban Commons, an interdisciplinary blended learning and research programme focusing on urban commons and other co-creation initiatives in the participating U!REKA partner cities: Amsterdam, Ghent, Frankfurt, Helsinki, Lisbon and Ostrava.

Discussing the future of urban living

Most European cities are growing, real estate prices and rents are rising and free spaces are getting scarcer. This is just one example that raises the question of sustainable living in the cities of the future. Drawing on the concept of urban commons, the main goal of the Urban Commons School was to discuss and find ways to live together in cities in a social, democratic and inclusive way.

During the four-day event, some 50 students and lecturers worked in three different research panels focusing on these themes: “Community & Governance”, “Urban Planning, Housing and Technology” and “Culture and Arts”.

The research panel on “Community and Governance” took a closer look at the role of university campuses within cities. Most campuses were empty during the lockdowns which raises the question of whether universities are isolated islands or part of their environment. That is why the students of this panel took a closer look at two university campuses in Frankfurt to examine the potential and significance of more open and inclusive university grounds. Students were invited to describe their own campuses. What do they like? What do they miss? How do they interact with the environment and the neighbours?

After visiting two very different campuses in Frankfurt, we asked them to consider what kind of interventions the campuses need to boost interaction with the neighbourhood and improve the space. Not (only) economic value but especially social, ecological and cultural values. Finally, we played the commons game where participants came up with playground interventions and discussed them with others: who are the stakeholders involved, what are the risks, the added value, the opportunities, the resources required? This gave the participants not only a theoretical but also a practical perspective of the commons. 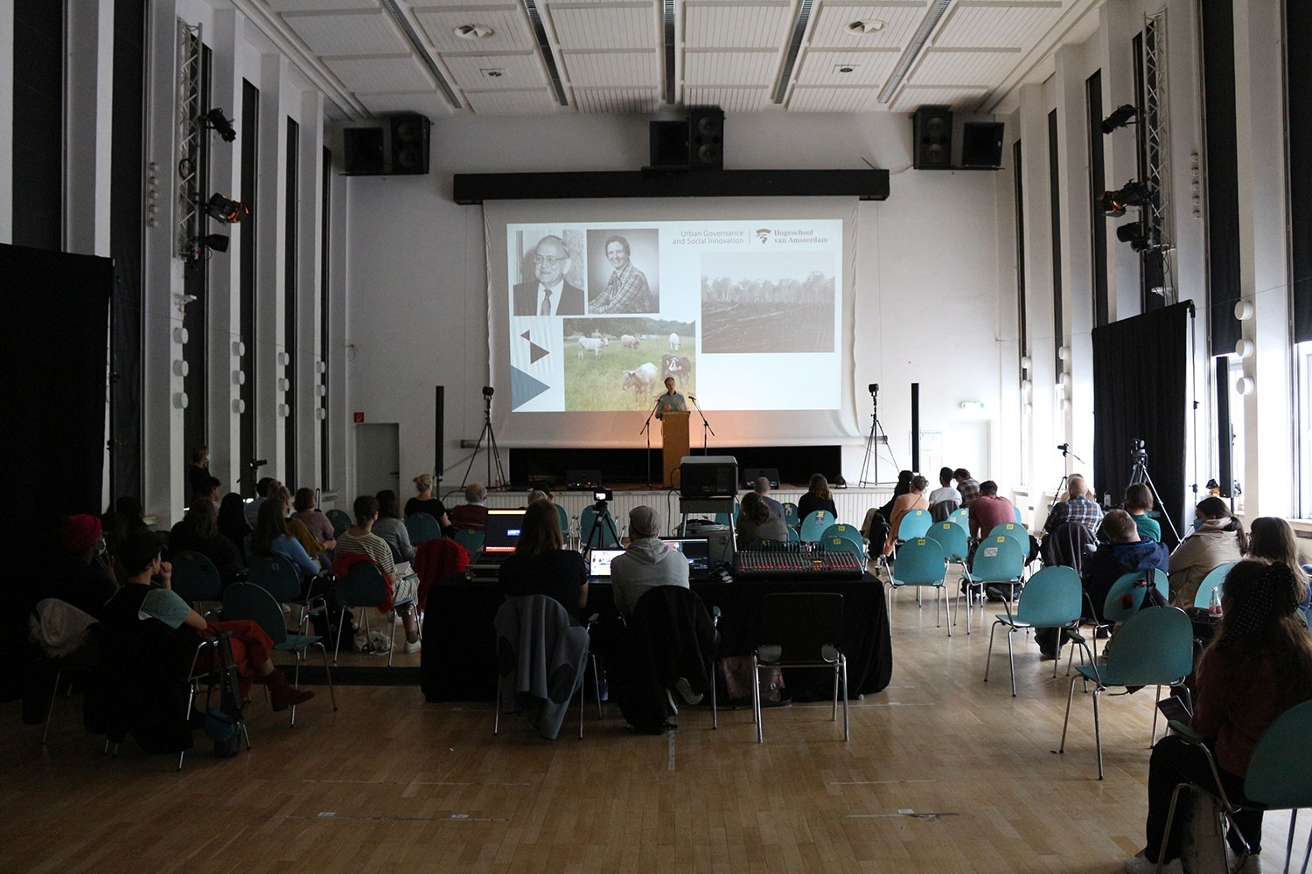 A gaming approach to cooperative housing

How would the planning and design process of housing and public space differ if the principles of urban commoning were considered right from the beginning? This was the main question that the “Urban Planning, Housing and Technology” panel worked on.

The students were asked to develop conceptual ideas and a rough housing design proposal on an empty plot of land in Frankfurt’s Europaviertel neighbourhood. Based on a gaming approach, the participants played the role of various stakeholders involved in the planning process: a representative of the city’s planning department, future residents, a business association, the manager of a construction company, and a resident representing an adjacent district suffering from gentrification (Gallus).

During the session, plenty of ideas were developed to create an innovative atmosphere for living, working and well-being. Spaces for co-operation, co-creation and sharing, and housing – spaces to both work and live – were designed to meet climate requirements.

The research panel “Culture and Arts”, hosted by teachers from Lisbon and Frankfurt, offered an artistic-ethnographic and performative approach to urban spaces. The excursions, common performances, research activities and interventions focused on Frankfurt’s historical workers quarter Gallus and the high-priced Europaviertel district that was recently constructed on former railway tracks. The work brought out a strong rift between the adjoining quarters and the need for common spaces. During this session the ‘fence’ emerged as a poignant symbol. A nearby park could serve this purpose of a common space but has been closed off by fences since construction started, giving plenty of food for thought.

After participating in the research panels, many students expressed the intention to deepen their own knowledge on urban commons in further studies and in their professional lives in order to have more influence on real problems in society in the future.

The research panels were complemented by a varied supporting programme: expert lectures, performances, excursions, an exhibition on urban commons, and other student initiatives.

The exhibition presented students’ research on urban commons and co-creation initiatives in the participating U!REKA cities, which they created as part of the Urban Commons Lab during the past two years.

The dance workshop ‘Moving City’ raised questions on how we use space in urban areas, while the ‘Common Singing’ workshop saw participants raise their voices together in song. Lectures and excursions tackled the topics of urban commons theory, housing trends in Europe and the concept of shared neighborhoods.

A movie night screened short films presented initiatives and voices from across Frankfurt, exploring how contemporary documentary film production can be participative, inclusive and a co-creative.

The food and location also made a statement on local commoning. A local canteen, which cooperates with projects in Frankfurt ‘rescuing’ perfectly fine food that would otherwise be thrown away, prepared a daily lunch and a conference dinner for all participants. The location was meaningful too – it was housed at the Student Association of Goethe University in cooperation with the “Open House of Cultures”, an urban commons initiative in the making.

Connecting and staying in touch

Many participants were excited about the chance to meet and work with students from other U!REKA institutions. Even though online seminars and meetings make international collaboration easier, participants appreciated the opportunity to interact in person, have lunch together and speak face to face.

‘It was great to see so many people in person after working together online for so long. This is really what U!REKA is about – meeting interesting personalities and sharing ideas’, says Anna Bolender, a student at Frankfurt UAS who helped organise the event.

After this first Urban Commons School, there are already plans to continue this autumn school next year. We are curious where our common work will lead us next year!

About the U!REKA Lab: Urban Commons

This interdisciplinary, blended learning and research programme U!REKA Lab: Urban Commons focuses on urban commons and other co-creation initiatives in the cities of the participating partner universities in Amsterdam, Ghent, Frankfurt, Helsinki, Lisbon and Ostrava.

The event is connected with cooperative hybrid courses in the summer semesters with respective Urban Commons Days as exchange opportunities for all participating students and lecturers. The long-term activities of the Lab also included public exhibitions of the international study results and a lecture series, that took place throughout spring and summer 2021. The aim of the cooperative lab is to create an interdisciplinary and international research network on urban commons.

Further info on the U!REKA Lab: Urban Commons and the activities: https://urcommons.eu/ 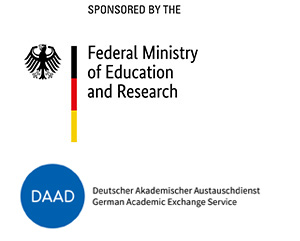